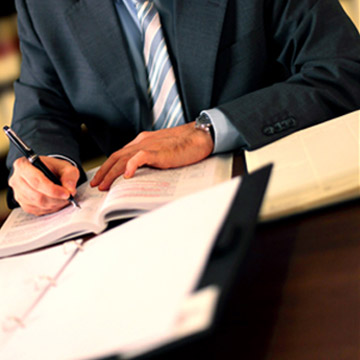 When the translated document is meant for a foreign administrative office, is the sworn translation done by a sworn translator enough? Or does the concerned party also need the legalization or the Hague Apostille?

The concerned Party shall ask the Office to which the translated document is to be submitted if the latter shall be sworn only (and this generally applies to texts translated from a foreign language into Italian) or also feature the Legalization or the Hague Apostille (depending on the country it is bound to): this is the only way to enable the translator to be sure to deliver a complete, final work. What do these words mean? Plainly speaking, a Chief Magistrate authenticates the signature of the Public Officer issuing the document as a certified, genuine signature, which makes the documents that shall pass through Consulates and Embassies look more authoritative and more official. No revenue stamps shall be appended for these procedures.

DOCUMENTS ISSUED IN ITALY: CASES FOR WHICH WE STRONGLY RECOMMEND TO GO THROUGH A DOUBLE LEGALIZATION OR THE HAGUE APOSTILLE PROCEDURE, MAINLY WHEN SUCH DOCUMENTS ARE BOUND TO COUNTRIES WHERE RED TAPE IS EVEN MORE BURDENSOME AND HINDERING THAN IN ITALY.

Our long-term experience with this kind of workings pushes us to recommend you should go through this double procedure.

To prevent anyone from finding fault with the official character of the translation and in order to avoid nasty surprises in the future that the document might unexpectedly be returned to you because of non - performance of any red tape formalities, we usually strongly recommend that the concerned Party should confer the highest official character on the source document.

As a first step, to be preferably taken by the Concerned Party: he shall write with a pencil, top right, on the front page of the document, the country this very document is bound to.Subsequently, he shall:

B) Conversely, go to the“ PREFETTURA - U.T.G.Ufficio Territoriale del Governo” ( = PREFECTURE / Civil Government) of the city where his document has been issued, for any other documents which do not fall within the item A), such as for instance diplomas and qualifications, Registry Office certificates, etc...Of course, the concerned Party shall make sure that such documents are signed by someone in charge, possibly featuring also the typed name of the person who signs them(Several times we happened to be submitted incomplete documents lacking any signature; however, to be fair, we have never wanted to accept these translation projects, in that what is missing is exactly what shall be authenticated.To the concerned Party that would just mean a waste of time and money!).

Once the source document has been authenticated in the city where it was issued, then the translator is free to swear his translation with any other Italian Law Court.

As the last step, to be taken by the translator: in order to make the document as official as possible, now it is up to the translator to go to the“ PROCURA DELLA REPUBBLICA DEL TRIBUNALE” to have the Clerk of the Court’ s signature authenticated as well, by means of the Legalization or the Hague Apostille.

TIMING: It usually takes two working days to have your documents provided with the Legalization or the Hague Apostille.

We think we have given you exhaustive information; however, for any further information, please do not hesitate to make contact with us either via our e-mail address [email protected] or on our mobile number + 39 3398202996.

GET A FREE QUOTE!